How the Orchestra Filarmonica Vittorio Calamani was born

The Vittorio Calamani Philharmonic Orchestra had its debut on 14th August 2019, under the guidance of the young and talented Iranian conductor Maestro Hossein, performed a wonderful symphonic concert in Piazza XX Settembre in Configni. This event, which saw performances of Sinfonia 89 of Haydn and the Sinfonia 4 by Schumann, represented by the end of the third edition of the Festival Piana del Cavaliere and the beginning of the musical and artistic activity of the OFVC, drawing a record number of more than 400 people, with public and critical acclaim. The orchestra was born off the back of the success of the Associazione Festival della Piana del Cavalier, and during it’s third year the focus of an orchestral project.

The Under 35 Philharmonic Orchestra was formed through regular auditions held in May 2019 and is composed of professional musicians.

The purpose of the orchestra, like that of the festival, is to return to investing in culture and music. The OFVC, although it is formed by young talents, does not rank among the youth orchestras but rather as a fully-fledged Philharmonic. The Orchestra  wants to qualify as the bearer of a positive contribution to the regional and Italian cultural heritage. Among the goals there is certainly that of giving the opportunity to professional musicians to improve in the orchestral field and at the same time to achieve in the working field.

The orchestra came to life thanks to its founder, Mr. Stefano Calamani who first, together with his company Aisico Srl and the artistic director Anna Leonardi, believed strongly in this project. 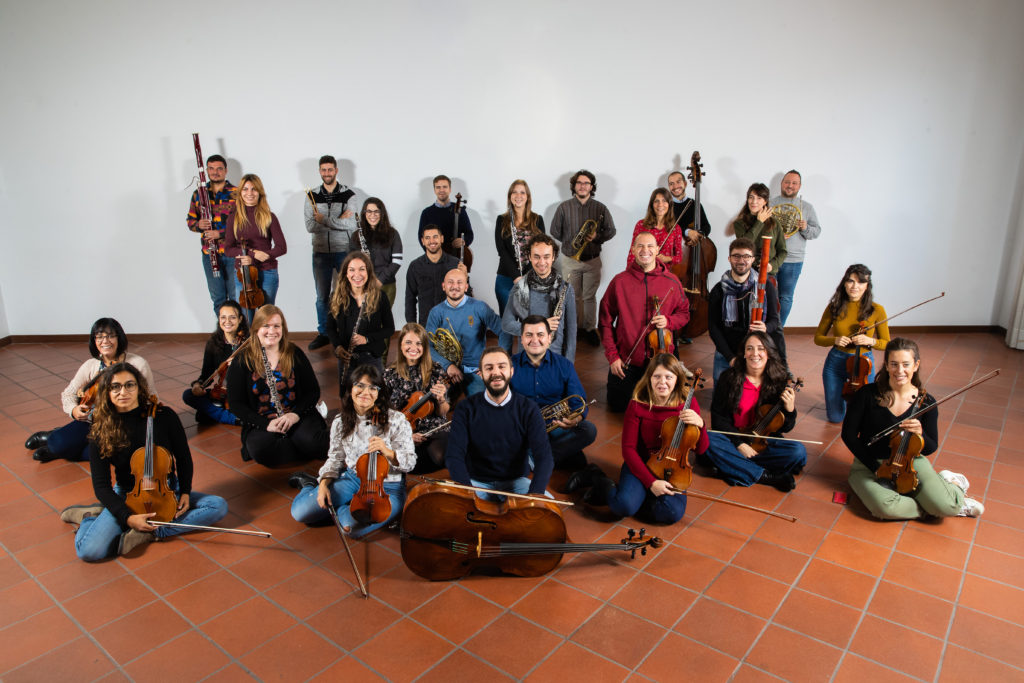 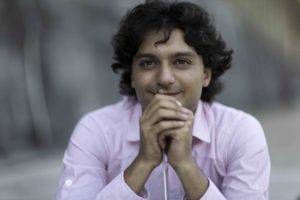 German by adoption, the young Iranian conductor Hossein Pishkar has entered a new and significant phase when in 2017 he won the prestigious Deutscher Dirigentenpreis in an international competition staged in cooperation with Cologne’s leading musical institutions and Westdeutscher Rundfunk (WDR). In the same year he also won the Ernst-von-Schuch-Preis, presented annually in collaboration with the Dirigentenforum.

As an assistant he worked with François–Xavier Roth in May 2019, in the production of Philippe Manoury’sLab.Oratorium with the Gürzenich-Orchester and as second conductor he took over performances at the philharmonic halls in Cologne and Paris, as well as at the Elbphilharmonie in Hamburg. Hossein Pishkar was an assistant of Sylvain Cambreling at the Junge Deutsche Philharmonie for Berg’s Lulu Suite and Rebecca Saunders’ violin concerto Still. In the season 2015-16 season he assisted Daniel Raiskin, the former Chief Conductor of the Staatsorchester Rheinische Philharmonie in Koblenz.

Before moving to Düsseldorf in 2012 to study conducting with Rüdiger Bohn at the Robert Schumann Hochschule, Hossein Pishkar studied composition and piano in Teheran, where he was born in 1988. In Iran he has conducted the Teheran Youth Orchestra and the Orchestra of the Teheran Music School. He began playing traditional Persian music as a young child and has won many prizes as a player of the tar, the fretted stringed instrument of Persian culture.

Since 2019 he has embraced the project of starting a new orchestra, the Vittorio Calamani Philharmonic Orchestra, of which he is the musical conductor.

Oboist and English horn of the Orchestra Luigi Cherubini conducted by Maestro Riccardo Muti, she has completed musical studies at the Istituto Superiore di Studi Musicali “G. Briccialdi” in Terni with Maestro Andrea Mio. Successfully achieved a Masters in Music Performance at The University of Italian Switzerland with highest marks and praise.

She has studied Orchestra Conducting in 2012 under the guidance of Master Ennio Nicotra and, from 2011 to 2013, she was an assistant to the conductor of the FAO Staff Coop Orchestra, of which she also followed the artistic direction. In 2013 she held the title of First Oboe and English Horn at the Experimental Opera Theatre of Spoleto and collaborated with numerous orchestras across Italy  (Orchestra del Maggio Musicale Fiorentino, Orchestra La Verdi di Milano, Orchestra Sinfonica Abruzzese, Orchestra del Teatro Olimpico di Vicenza).

Since 2017 she has been the artistic director of the Festival della Piana del Cavaliere and, since 2019, of the Vittorio Calamani Philharmonic Orchestra.

A classical arts graduate from Rome and then specializing in Archaeological Heritage at the University of Milan, her activities continued with university research, archaeological excavations, guided tours and teaching humanities. Later, after a Master’s degree at the University of Tor Vergata in Musealization of Archaeological Heritage, she directed her work on the organization of cultural events. Over the years she has gathered significant experience working for the prestigious Grinzane Cavour Literary Award in Turin, with tasks related to project planning and communication. Playing a similar role at the Ducci Fondation as Head of the Art Sector, taking care of the exhibition and organization of the exhibitions of the same Foundation. Since 2017 she’s been responsible for the co-ordination of the Festival della Piana del Cavaliere, taking care of the exhibition dedicated every year to the winner of the Festival Manifesto. From 2019 she’s been responsible for the co-ordination of the Vittorio Calamani Philharmonic Orchestra Association, taking care of the organizational part of the cultural events achieved so far.

Graduated in Political Science and International Relations, Federica has always developed an inclination towards the communication sector, together with her passion for classical music and theatre. After work experience at the Teatro Villa Pamphilj in Rome for almost four years, she undertook a Masters in Performing Arts Management organised by the Accademia Teatro alla Scala and the Politecnico di Milano. She interned for six months in the Teatro alla Scala web and social media editorial staff, directly managing the theatre’s official channels. Since November 2019 she has been in charge of the press office and social media of the Orchestra Filarmonica Vittorio Calamani and the Festival della Piana del Cavaliere.

CLIC here for our official BIO